Danya Cebus and its Chinese partner for the light rail project in Tel Aviv have contacted us to assist them in mapping the existing conditions (As Made Survey) of the Red Line tunnels they are building. Mapping underground infrastructure is particularly challenging, a challenge that we were happy to deal with 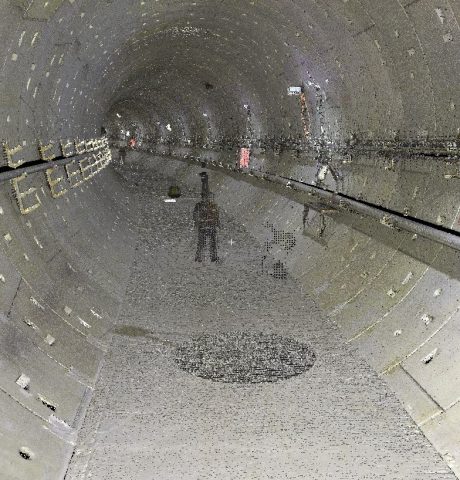 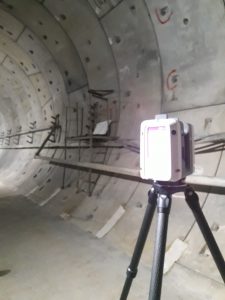 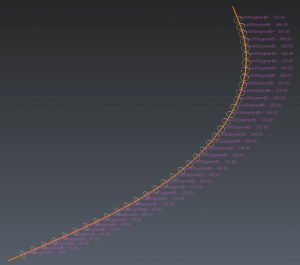 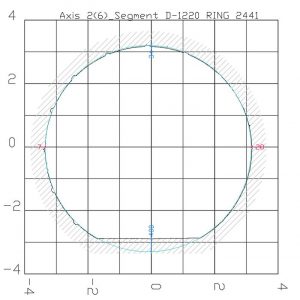 In the section between the Shankar Depot in Petah Tikva and the Aharonovich station of the Red Line, there are approximately 5.5 kilometers of underground tunnels in both directions. Most of the work is done by the TBM machine that performs the excavation, the evacuation of the dirt and placing the perimeter concrete rings. Here’s how it works. After completing each tunnel segment, we were asked to perform geometrical control of the tunnels.

The geometrical control and verification is done on two levels.

Examination of the tunnel radius – cross-section and tunnel radius are consistant and known throughout the route, however, in the work process the tunnel undergoes a certain seizure process and goes beyond its perfect circular shape and radius. We have been asked to ensure that the deviation from the radius does not exceed acceptable and known parameters pre-defined by the project engineers and to ensure that the tunnel cross section meets the above parameters.

Tunnel route control – We were asked to verify that the tunnel route carried out in the area was in line with the planned tunnel route and that it was moving in the right point-to-point route.

We performed the aforementioned controls using 3D laser scanners. Along the tunnel route, we set up dozens of scanning positions for full systematic mapping of the tunnel, the concrete rings of its walls and for detecting its route.

One of the significant challenges of this type of work arises by the fact that the tunnel sections and appear are symmetrical all along the route, making it difficult to connect dozens of scanning positions  to a unified, continuous and reliable model. This challenge combined with the fact that GPS positioning is unavailable in the tunnel, requires professionalism in the field work and especially in the post survey work of processing and analyzing the scan products.

One of the key steps in giving accurate analysis is to connect all the scan positions accurately and reliably. For each tunnel segment in each direction, the scans were consolidated into one array for each tunnel route. After completing the laser scanning consolidation and obtaining the full route, we performed local sectioning at intervals as required by the commissioner. All received scans were performed on the existing polygons network of the site to allow comparison between the planned route and the actual route. The results of the scan were compared to architectural plans to detect mistakes where they exist.

Haoman Street in Jerusalem is the main street of the busy industrial area in Talpiot. It is also the street on which the mythical "Haoman…
Read more

The site at Tel Arad National Park, which was excavated in the 1960s, includes the largest city ever exposed in the Negev, dating from the…
Read more